I really enjoyed this book by Ian McEwan. It is the most famous of his books and has been adapted for the big screen. Some of his other books include Saturday and the soon-to-be-released book Sweet Tooth, which I look forward to reading!

Atonement begins on a hot summer day in 1935 in a chaotic upper-middle class British household. Briony Tallis, 13 years old, is a precocious aspiring young author and tries to direct a play she wrote, with her cousins as actors. Of course, her expectations are not met and the play falls apart. Meanwhile, she seeks drama in the lives of her family members and, as children often do, misinterprets events and reads into them.

Briony’s imagination leads to a devastating misunderstanding when she witnesses an interaction between her older sister, Cecelia, and the servant’s son Robbie. A private interaction, a mistaken note, and a romantic encounter in the library is all it takes for Briony to form a wildly different picture of the events occurring between Robbie and Cecilia.

This grave mistake might have stopped there, if it weren’t for the evening’s events. Someone rapes their young cousin Lola, and Briony is the only person who witnesses the event. Her wild imagination and child’s understanding leads to her jumping to conclusions and becoming the key witness of a painful accusation.

The novel then skips ahead to years later as World War II begins. It takes us through the difficulties of Robbie and Ceclia’s romance, the pain of the war through the eyes of soldiers, and then brings us back to Briony. She is now a nurse dealing with stress related to the war and her own guilt over her mistake years ago. As the title suggests, Briony struggles with the concept of atonement and wonders if she can ever make up for her mistake.

The novel closes beautifully with some deep insight into the plot and literature in general and ties back to the beginning with Briony’s amateur play finally getting it’s debut in a touching demonstration of family love. The ending does raise some frustrating questions, but they are addressed in an interesting way. I really want to say more about this, but I don’t want to give it all away! So read it, I urge you! Then come back and we can discuss 🙂

I really did enjoy this book quite a bit. Surprisingly, it took me a while (several weeks!) to get through, but this was due to “real life” and does not reflect the quality of the book. The characters and plot were compelling, and I always love books about WWII, so it was a perfect mix! I’m hoping the movie won’t be much of a disappointment – though isn’t this inevitable with amazing books (no matter how amazing the movie)?

“The truth is I feel rather light headed and foolish in your presence, Cee, and I don’t think I can blame the heat!”

Summary
Death narrates this story about Liesel Meminger, a young spunky girl living outside of Munich with her foster parents during World War II.  Liesel’s foster father Hans teaches her to read slowly each night starting with The Gravedigger’s Handbook, a book Liesel stole from a graveyard.  This is the first of many books Liesel steals.  She treasures every book for its literary quality and uses her words to comfort herself and others during this tragic time.  Some of the people who care for her include her accordion-playing, cigarette-rolling step-father Hans; her foster mother Rosa, a wardrobe of a woman with an infamous temper and habit of cussing; Max, a fist-fighting Jew with a talent for story-telling; and Rudy, a boy with hair the color of lemons who is undoubtedly in love with Liesel.  Despite the games Liesel and the other children play, war is not a game and this is a very dangerous time for Germans, especially those hiding a Jew in their basement.  Even death seems to pity Liesel for all she endures.

Overall Impression
This story is incredibly compelling, especially with Death being the narrator.  Although it is classified as a ‘Young Adult’ book it doesn’t seem as though it was designed for younger readers.  The Book Thief can be enjoyed by adults and children alike.  I could hardly put this book down.  Within the first few chapters Zusak had me falling in love with the characters, especially Hans whose love for his family was unwavering.  It’s an interesting account of World War II in Germany since it focuses on those of German-descent who were caught somewhere in the middle – not hating Jews, but not being able to help them either.  It’s hard to summarize without giving too much away, but this story will stick with you.  Zusak really takes time to fully develop his characters so that they feel like real people to you and your own friends by the end.  While I thought the book was an easy read (and one that demands you don’t stop), it is very well-written and contains a lot of symbolism, metaphors, and interesting imagery for those who care to look.

A few moments with Hans
Liesel’s foster father loves her dearly, but there are a few moments in this book when he intentionally upsets her that speak to the severity of fear Germans felt during this time.  Liesel becomes upset on the street one day and says that she hates the Fuhrer.  Instead of comforting her, Hans slaps her.  This is a man who would never lay a hand on his family and would fight anyone who tried to hurt them.  He does this after having a huge internal conflict and it upsets him just as much as it upsets Liesel.  However, it is necessary.  He tells her “Don’t ever say that! […] You can say that in our house, but you can never say it on the street, at school, at the BDM, never!”  Then he makes her practice saying “Heil Hitler!”  Hans is a man who hates Hitler just as much, if not more, than Liesel does, but he is forced to behave in this way to ensure Liesel’s safety and her understand the gravity of such claims.

Another similar incident occurs when Hans explicitly tells Liesel that if she tells anyone about the Jew in their basement him and Rosa will be taken away and Liesel will be taken away from them.  He threatens to burn all of her books if she spills a single word.  He continues telling her how they will be dragged away until she is sobbing, but he had to be sure that she would not breathe a word because all of their lives were on the line if she did.  I think these moments speak a lot about the atmosphere of Germany during World War II.  I can’t imagine living in such constant fear and paranoia of my family’s safety.

“I do not carry a sickle or a scythe.  I only wear a hooded black robe when it’s cold.  And I don’t have those skull-like facial features you seem to enjoy pinning on me from a distance.  You want to know what I truly look like?  I’ll help you out.  Find yourself a mirror while I continue.” p. 307

“Five hundred souls.  I carried them in my fingers, like suitcases.  Or I’d throw them over my shoulder.  It was only the children I carried in my arms.” – Death, p. 336

“It’s probably fair to say that in all the years of Hitler’s reign, no person was able to serve the Fuhrer as loyally as me.  A human doesn’t have a heart like mine.  The human heart is a line, whereas my own is a circle, and I have the endless ability to be in the right place at the right time.  The consequence of this is that I’m always finding humans at their best and worst.  I see their ugly and their beauty, and I wonder how the same thing can be both.  Still, they have one thing I envy.  Humans, if nothing else, have the good sense to die.” – Death, p. 401

My Final Reaction
I sobbed.  I never cry while reading books. The last 20 minutes I spent reading this book I was sobbing.  And now I can’t stop thinking about it.  I really loved it though.  It’s going on my favorite books list, that only exists in my mind, and is right up there with The Shadow of the Wind and Extremely Loud and Incredibly Close. 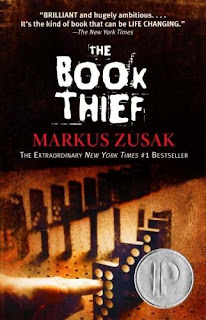 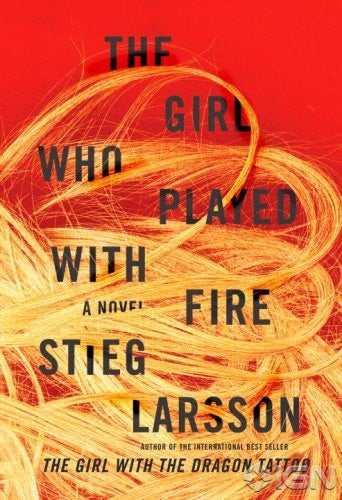 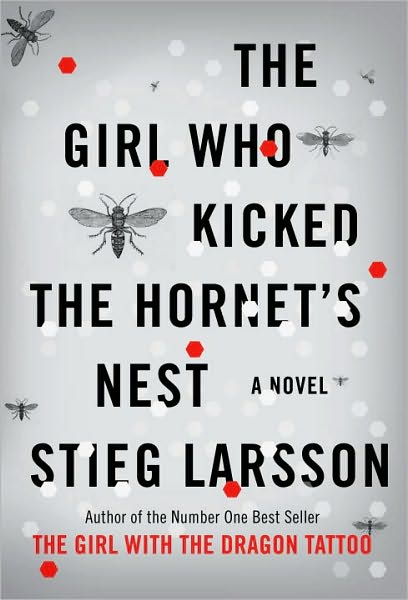